You searched for keith shackleton – buzzbands.la

[Auckland, New Zealand-based writer Keith Shackleton, an occasional contributor to Buzz Bands LA, is a native of the U.K. who was around for The Beat – known as The English Beat in the U.S. – and all the other music he discusses in this essay:] By Keith Shackleton Late-’70s British post-punk music can be characterized by […]

Skysaw, a band formerly known as This, is the latest vehicle for ex-Smashing Pumpkins drummer Jimmy Chamberlin. Chamberlin, plus cohorts Mike Reina and Anthony Pirog, will be augmented by Paul Wood and Boris Skalsky of NYC indie rockers Dead Heart Bloom on upcoming live dates. Skysaw’s debut album “Great Civilizations” will be with us in […]

This unremarkable slice of identi-kit indie popped up on YouTube late last week with no prior announcement. Best not to draw too much attention to it. Sheffield’s sharpest lyricist takes a sabbatical. – By Keith Shackleton ||| Live: Arctic Monkeys play June 3 at the Hollywood Palladium. 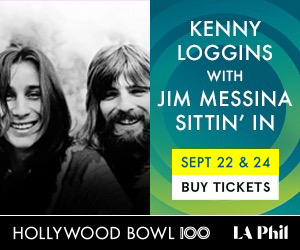 If a little turmoil helps the creative juices to flow, Mississippian indie-rockers Colour Revolt should be the most prolific band around. The lead track from their sophomore album “The Cradle” documents a stormy eight years of existence – record company indifference, destabilizing lineup changes, the incessant rattling of skeletons in the cupboard, the friction. Jesse […]

[Buzz Bands’ Southern Hemisphere correspondent checks in with a brief history of a longtime favorite, in advance of the quartet’s rare L.A. appearance this weekend:] By Keith Shackleton A week prior to leaving for a tour of Brazil, the Hoodoo Gurus issued a press  release announcing that 1997 would be their last year together as […]

It’s the glacial meltwater clarity of their harmonies that first strikes you. Stockholm sisters Johanna and Klara SÃ¶derberg are tender in years but mature in outlook, as their songwriting prowess shows. First Aid Kit have transfixed audiences worldwide with their sparse otherworldly folk songs since the release of 2008’s “Drunken Trees” EP, mentored by Karin […] 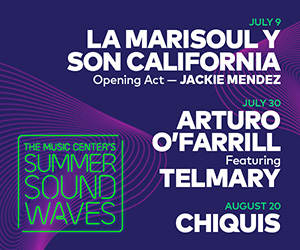 Daptone recording artists the Budos Band have their needle in the same reverential retro-soul groove as label mate Sharon Jones, with the emphasis on Fela Kuti styled Afro-funk and blazing Tower of Power-esque horns. These soul brothers wouldn’t be out of place on the soundtrack to “When We Were Kings,” and are demonstrably the kind […]

There’s a touch of Karen O in the vocal delivery of Joy Formidable singer Ritzy Bryan – she has Liz Fraser’s eyes too. The band pack a lot into their three-minute epics: coruscating guitar, thrumming bass notes, an edgy energy and an enthusiastic delivery. They sound ready. The North Walian trio are touring ahead of […]

Villagers is the nom de musique of Dun Laoghaire poet and songwriter Conor O’Brien. His debut album “Becoming A Jackal” (out now on Domino) is on the shortlist for this year’s Mercury Prize, garnering rave reviews from heavyweight press and topping the charts in his native Ireland. O’Brien stilled a garrulous media audience at the Mercury nomination […]